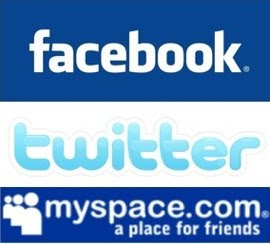 A June 2009, 2,600 hiring manager survey from Careerbuilder found that 45% of employers are examining your online, social networking presence (especially Facebook) to learn more about you before they make a hiring decision.

Well, we probably knew that this was happening. Apparently, it’s up from 22% last year. Again, no surprise that it’s rising. But still…

More interesting is that 35% claimed to have found information on a site like Facebook that caused them not to hire someone. 35% is huge!

What kinds of things caused them to reject a candidate?

But, 18% also said they used online content about candidates to justify their hire. They liked what they saw, and found it to be a major positive influence on their hiring decision.

So, lessons learned? The careerbuilder article has a list of 5 dos and don’ts. Basically,they say be very aware of the messaging you’re putting out there about yourself – your personal brand, and maybe your next job, is at stake.

Who is This Blog Written For?

We write about talent acquisition trends, strategies, tactics, tools and events to help corporate HR and recruiting leaders be more effective and win at their jobs.
Subscribe